Change in the world with 100% biodegradable objects that replace plastic 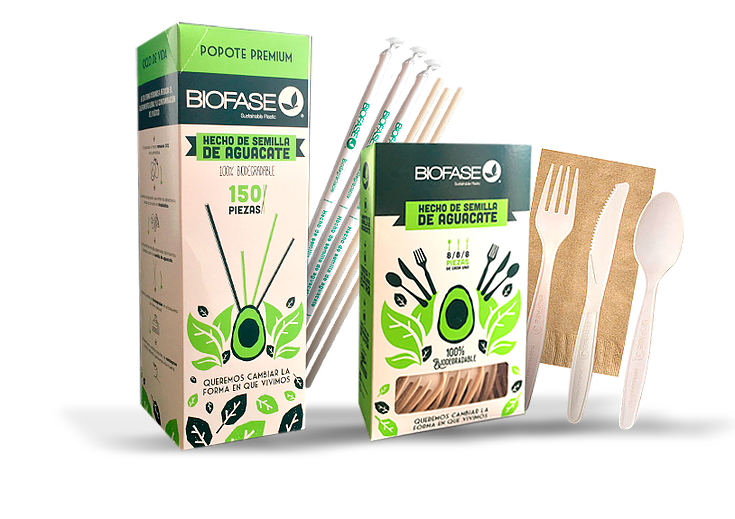 As the world moves toward embracing the banning of plastics, composting food waste and the recycling of as much as possible, a new and innovative company from Mexico is already combining several aspects of these initiatives.

In recent years, countries and companies around the world have begun banning various single use plastic products like bags, bottles, cutlery and straws and are making more environmentally sustainable choices; enter a clever man by the name of Scott Munguía who has discovered how to convert avocado seeds to a biodegradable plastic.  Now this is interesting!

As we’re all aware, the plastic pollution problem plaguing the environment is beyond overwhelming, it is challenging for many of us to know what we can do at an individual level that will actually make a meaningful impact to reduce the overall damage plastic causes our environment.

The person who is making some impressive headway into this challenge is a young chemical engineering student at Tecnológico de Monterrey in Mexico, Scott Munguía.  Scott began exploring what he could do—as one person—to solve the “plastics problem” posed by fossil-fuel based plastics (petro-based polymers) that can take up to 100 years to biodegrade.

Said Scott, “I grew up listening to pollution problems and that’s why I knew my business had to focus on important problems, and one of those is plastic, so I was looking for a certain molecule similar to what is already used now to make biodegradable plastic but with other sources.”

Scott explained that his moment of discovery was after reading a research paper and he saw a picture of the corn molecule used to make bioplastic and realised that the avocado seed molecule was a perfect alternative. “I tried to go looking for things that were waste, something that could be useful and I found the avocado.”

“The carbon footprint is much less than other plastics and bioplastics, including paper,” Biofase’s website reads. “This is largely due to a phenomenon called bonus of biogenic carbon, which explains that the Avocado tree, when growing, absorbs CO2 of the atmosphere to form its tissues. This phenomenon does not occur in the production of any plastic derived of the oil.”

Scott worked for a year and a half to develop a method to transform molecular compounds from an avocado pit into a biopolymer that could be molded into useful shapes for product development.

In 2013 the process was patented and Scott founded BioFase, which produces the raw materials for eco-friendly plastics. BioFase discovered a way to create objects such as cutlery and straws through the avocado seed.

In 2016, Scott opened another plant that makes a range of functional plastic products.  They can be washed and reused many times and after a year they will begin to biodegrade – a process that takes around 240 days.

Mexico is a country where more than 50% of the world production of avocado takes place. Biofase has come up with a way to stop throwing them away and create sustainable products instead.